“What if I felt the whole life is nothing just a trap of troubles only ? After facing the biggest betrayal in life I didn’t have guts to do anything. My parents had left all sort of relationships with me . I know I did big mistake by eloping with Suresh . I should have told this to my parents. But never expected that Suresh will betray me and left me alone in the big city ?  Now I can’t go back too. ”

Virat : If your thoughts are over then shall I say something, Nima ?

Virat : You are my P. A and I am appointing you on the basis of your educational qualification and your talent. Is it clear ?

Virat : Then you don’t need to think always on your bitter past. This is your appointment order . Take it and join duty from now onwards

Virat : Please wipe your tears. Life has give you a chance. So please live your life. Don’t listen what other’s say to you.

Nima : Sir , I was feared after getting to know about my truth whether you will reject me .

Virat : For what ? Your personal life has nothing to do with the job. Nima, please focus on your work.

Nima : Thanks a lot sir.

One day an emergency came and as Virat was not in office Nima straightly went to his home for collecting his signatures on some important files. There she saw a little kid with Virat. Virat was scolding that kid .

Virat : How many times I told you to have this milk ? Why you are not listening me ?

Puneet : Because I don’t want it. Why you are not bringing Mumma ?

Virat : Puneet , Your Mumma is living not with me but with another person. We have compatability issues and we got separated . If you want drink it or else throw the glass.

Nima : Sir before kid you shouldn’t tell all these things. I mean….

Puneet ; Nothing is hidden from me Aunty. Mumma likes some one else , not my dad. So she went away . But what’s my mistake ? When my friends ask where is my Mumma I will feel sad .

Puneet started crying. Nima went near him and cupped his face 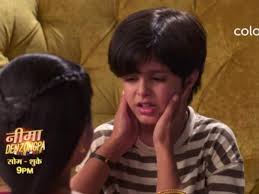 Nima : Beta don’t worry. Mumma naa sahi aunty toh hein naa. Say sorry to Dad and be a good boy. Your face has become so bad with tears. It won’t suits you beta.

Nima wiped tears and waved Puneet’s forehead. Puneet was happy with this gesture .

Puneet : I am sorry Dad.

Virat : I am too sorry Beta.

Nima feed Puneet milk and she also feeded him his favourite food.

Virat : Puneet get ready soon . We have to reach school and after that Dad needs to go office too.

Puneet rushed to room for getting ready .

Nima : Sir it’s okay. But Sir whatever you was telling to him

Virat ; It’s truth of my life. Puneet is my adopted son because I am physically unfit . For years my wife Priya lived with me and even after all treatements became failure we decided to adopt a baby. actually Priya never loved me. We had an arrangement marriage which was purely decided by our parents . My parents left this home as they didn’t supported my decision of adopting Puneet and they went back to the home town itself. And Priya didn’t find any attachement with Puneet . I thought after bringing baby she will change. But she wanted a divorce from me as she doesn’t wanted to stay with me in this unwanted marriage which went for 12 years. I gave that to her and she went away with her ex-lover . I won’t blame her for this because she was helpless to marry me at that time and even I also never enquired what she exactly needs. Neither I was able to give love and nor a child . So from every aspect our relationship was a big failure. 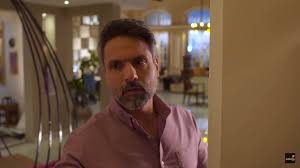 Nima : That’s so sad Sir. Puneet knows all these ?

Virat : Some how he knows little a bit. Now I am 43 years old and he is 9 years old kid. And he is very much matured kid. Though I adopted Puneet I guess I am failing to become a good dad too, Hey naa ?

Nima : No Sir. You have to be little soft and you should bring a change in yourslef , Sir. May be your son will understand you.

Days were passing, Nima became much friendly with Virat and Puneet.

Nima , Puneet and Virat were playing hide and seek. At the game went on Nima searched a lot for Puneet and when she didn’t find Puneet she got much worried. She cried and screamed : Puneet !!!!

Suddenly Puneet ran from a corner and called her : Aunty!! 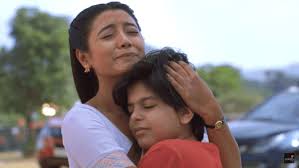 Nima : Don’t go away from me, beta. I can’t live without you.

Virat was surprised to see Nima’s motherly care for Puneet.