Nima : Beta for sometime when you was not before my eyes I felt everything as dark. Puneet we don’t need to play this hide and seek

Puneet : Okay, if you don’t like it then we will play something else. I will bring carrom board. We will play that.

Nima : Sir aapko kya laga ?  Do you think I am lying before my beta

Virat : Do you love Puneet ?

Nima ; I wish I could give him birth . He is so attached with me that now I felt life has become beautiful. His innocent smile, his words all made me to feel happiness in life.

Virat : Nima you made me also very much happy by telling this.

Nima : Sir, I guess definitely now you should think about getting married.

Virat : You know what happened in life. Then still

Nima ; Sir at least for Puneet. He should get all motherly care , he needs a mother.

Virat : Nima If I get married to some one he will call that person as mother and you ?

Nima : I will be coming here naa as his Aunty always.

Virat : Do you really think Puneet will accept any one as his Mumma all of a sudden. Infact I could’t accept any lady as wife . Some how I cheated Priya,knowingly or unknowingly.

Nima : But sir it’s not your fault. You obeyed your parents wish and you wasn’t aware that Priya loves some one else.

Virat : I thought by time passes I will make Priya to fall in love. But an unfortuante thing happened in life.

Virat : Years back when I was checking the work of construction at the top roof of building my leg slipped from the verge and I fell down from the height. That time my body’s underportion I mean the genital organs were pierced at the iron rods and that’s why I became physically misfit . I was bedridden for almost an year and after finding the harsh truth Priya’s hatrence towards me increased because I can never give her a child. My wounds were cured but the wounds of heart haven’t healed. When all the ways were closing I discussed about adopting baby . She simply nodded her head and I thought it’s a consent. When I said this to my parents they were against of me saying that they need the heir of this family from blood only which is practically impossible. Between all these messes I bought 2 years old baby Puneet here. That night itself Priya left house without saying anything to me . Then my parents also left me because I am the Chachera beta only, not their own son. They are my Chaacha and Chaachi who take care off me as their son when my parents died in an accident at my childhood. Chaachi refused to accept Puneet as grandson even though I tried my best to convince her. The same was with Chaacha also. They told me to return Puneet back to the orphanage. But I didn’t did it . Chaacha and Chaachi went their village one day without giving a chance for me to speak. I alone bought up Puneet and perhaps at my pain some moments I would have scolded him harshly or may be the motherly affection which I can’t gave him or the care which he needs …..May be I am failed….

Nima : Bas!!!! Please abb aur nahi!!! You are a pure soul Virat Sir. Puneet will never get a better dad than you . I respect you very much because at your struggling life you have put the courage to give better future for a child. Priya is unfortuante that she didn’t realized your love and Puneet’ s innocence. And I am fortunate that I am able to see your heart clearly and can feel your sorrows and happiness. I can see the desperate affection in Puneet’s eyes for having a mother . In fact I would love if he will call me Mumma.

Nima take down her fingers from his lips.

Virat : Puneet won’t get a mom better than you Nima , that’s the truth.

Nima was stunned to hear the truth.

Nima : Sir you know naa what happened with me ? He used me Sir. That day when I eloped with him we spend a whole night at the hotel room .We were very much intimate at that time and next day he said that he will come soon to pick me. But nothing like that happened , he went away with my ornaments and left me alone at the hotel room. I would have been caught by the police team too as they were doing quick raid there. But some how I escaped from there through the side window and after that I searched Suresh a lot. He never came back to me and one day I saw with my eyes that he was bringing another girl to the hotel and I realized his true colours. He played with emotions of so many girls and runied every one’s lives. Sir , you gave me job when I came for interview and at the panel others were questioning about personally you opposed it and strictly asked me job related questions and then offered me a decent job. Then when I said about myself to you , you talked with Commissoner and he captured Suresh and now Suresh is behind the bars. I am always grateful towards you for whatever you have done. You gave me job, allowed me to stay at staff quarters , offered me salary and I felt like I have acheived something in life even though I lost so much. Puneet is part of my life , you are right .

They both hugged each other emotionally

{Kindly ignore the cloth tied on the mouth }

Puneet reached there and looked them

Puneet : Dad , Aunty you both looks so gloomy . I don’t like these faces , So chill and smile.

Puneet folded his hands before Nima

Puneet : Will you become my Mumma by marrying my dad ? I know becoming Mumma you should marry dad naa , that’s why I am asking. Please don’t refuse it.

Virat : Puneet !! What are you saying beta ?

Puneet : She is my Mumma. I don’t know about that Mumma who left you and me .I haven’t see her . But Nima Aunty cares me like a Mumma. I am done with calling her as Aunty only. Now onwards I will call her as Mumma only. Mumma !!!! Please marry my dad.

Nima : Ask your dad if he really needs Mumma for you ?

Puneet bought garland for them 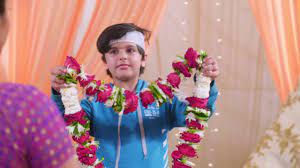 Nima : At one condition I will marry your dad. He have to do a clean shave .

Virat : No Nima this is not possible .

Puneet : Why dad ? My school friends dads are so cool dads , and dad you will look supercute if you do it.

Puneet : If you have doubt then ask Mumma

Nima : Sir, you will be very handsome without that beard . Trust me .

Virat : How you know it ? You haven’t seen me without beard.

Nima : I have seen your old photos in your album . Puneet only show that to me

Virat : You both are so naughty

Virat : Nima , though we are married our marriage is incomplete without blessings of parents . So we need to go village .

Virat, Nima, Puneet went to the village for meeting parents from both side. First they went to meet Virat’s chaachi and chaacha.

After hearing all truth Virat’s Chaachi and Chaacha felt so sad. 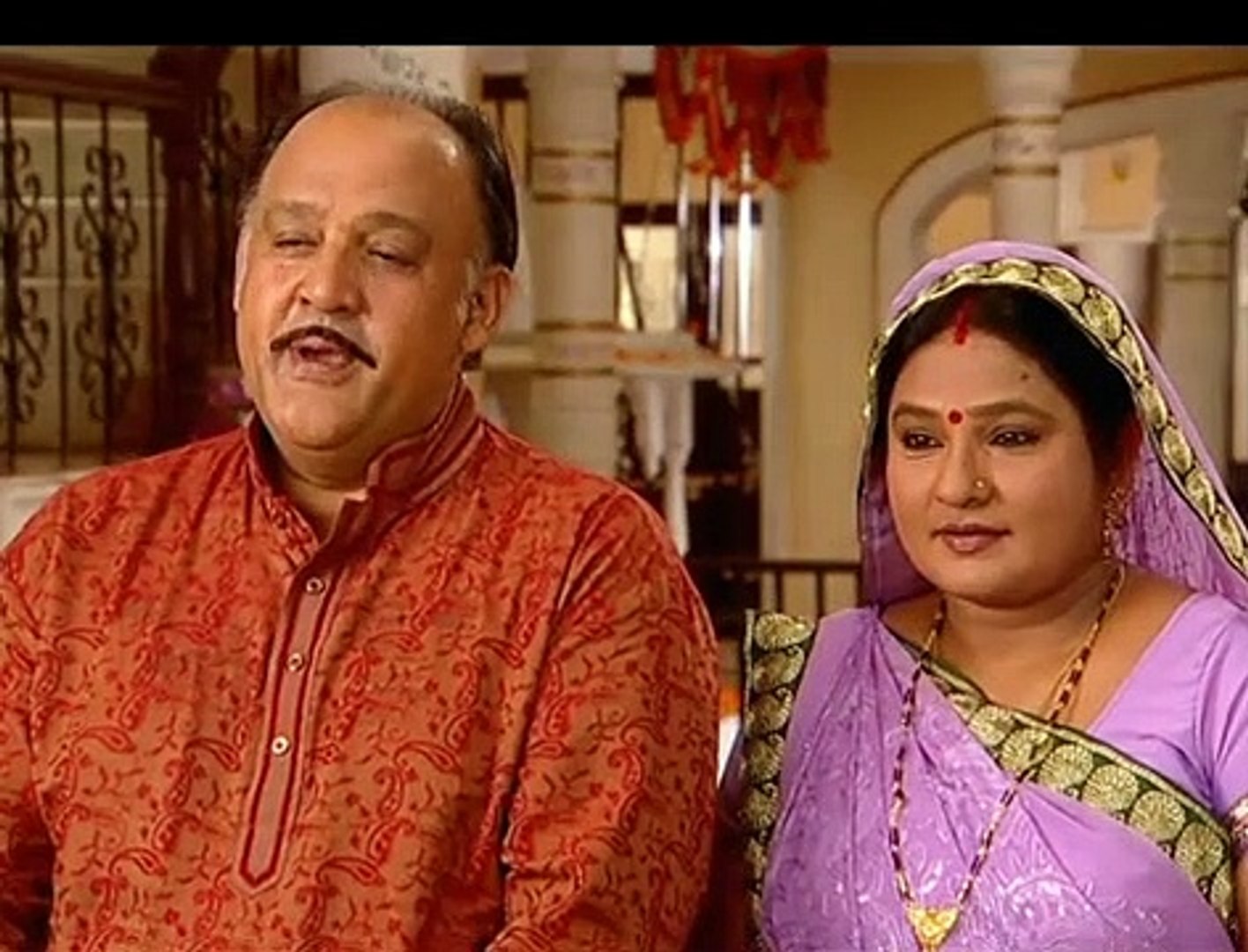 Chaacha : Forgive us beta, we hurt you a lot. But we assure you that we won’t do it again.

Then they meet Nima’s parents

Nima’s dad : My beti underwent these much tough phases and I didn’t enquire anything about them

Nima’s mom : We were so adamant that our daughter has eloped and now there is no need of searching her any more. But she faced worst things alone. And we wasn’t with her.

Nima’s dad : Thank you  Virat for giving a better life to my daughter

Virat : We need your blessings only.

Nima : All our request is to give enough love and care to your grandson Puneet. He missed you four a lot

Puneet : Dad, Mumma all the best

Puneet : I know everything. I will sleep with dadi maa. You are husband and wife and it’s your first night.

Nima : Naughty Puneet who told you all these ?

Puneet : I am not a small kid. My HWF Rhea only told me this  . When child grows up they won’t sleep with mom -dads.

Puneet : HomeWork Friend. She helps me in doing it well.

Puneet : All dada-dadis and I have decorated the room . Enjoy well M0m -dad

Nima : You are such a cute beta

Nima and Virat hugged and kissed Puneet. Puneet smiled and went to the other room. Nima and Virat entered inside the decorated room

Nima ; Now only you felt to ask it , Virat Sir

Virat ; Please tell what you feels for me .

Nima whispered in ears of Virat : I truely love you Virat .

Virat ; What you called me Virat ?

Nima : Actually you asked and it came out like that . 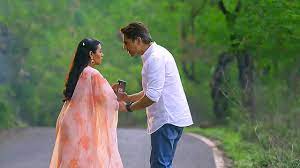 Virat : Then always call me that way, Nima. I would love to hear it .

Virat gently rounded his arms around her waist and held her towards him, he gently whispered at her ears : I too love you deeply Nima.

Nima : Virat you once told me that life gives new chance and I need to live it.

Virat ; Yeah I do remember

Nima : You are that golden chance of my life and I want to utilize it to the fulliest way . I want to live life in a new way with you ,Virat.

Virat : You saw my heart even after knowing I can’t give you a…

Nima : Please Virat . Love means not just physical intimacy only, we have moved on after going through the past. You also accepted me whole heartedly even after knowing my whole truth. So now we don’t need to remember those days.

Virat : You have poured light on my life, one thing- you really feels I am handsome without beard and moustache ?

Nima : Yes. You are my husband and you have to be always handsome and there is no need of bearing that beard as you haven’t lost any Paro and you are not any Devdas.

Virat lifted Nima in his arms

They both had a very passionate romantic wedding night

AN : THANKS A LOT FRIENDS FOR READING THIS ONE. PLEASE EXPRESS YOUR VIEWS THROUGH COMMENTS. I HAVEN’T SEEN ANY ARTICLE ON THIS PAGE AND THAT’S WHY I DECIDED TO WRITE FOR THIS PAIR.